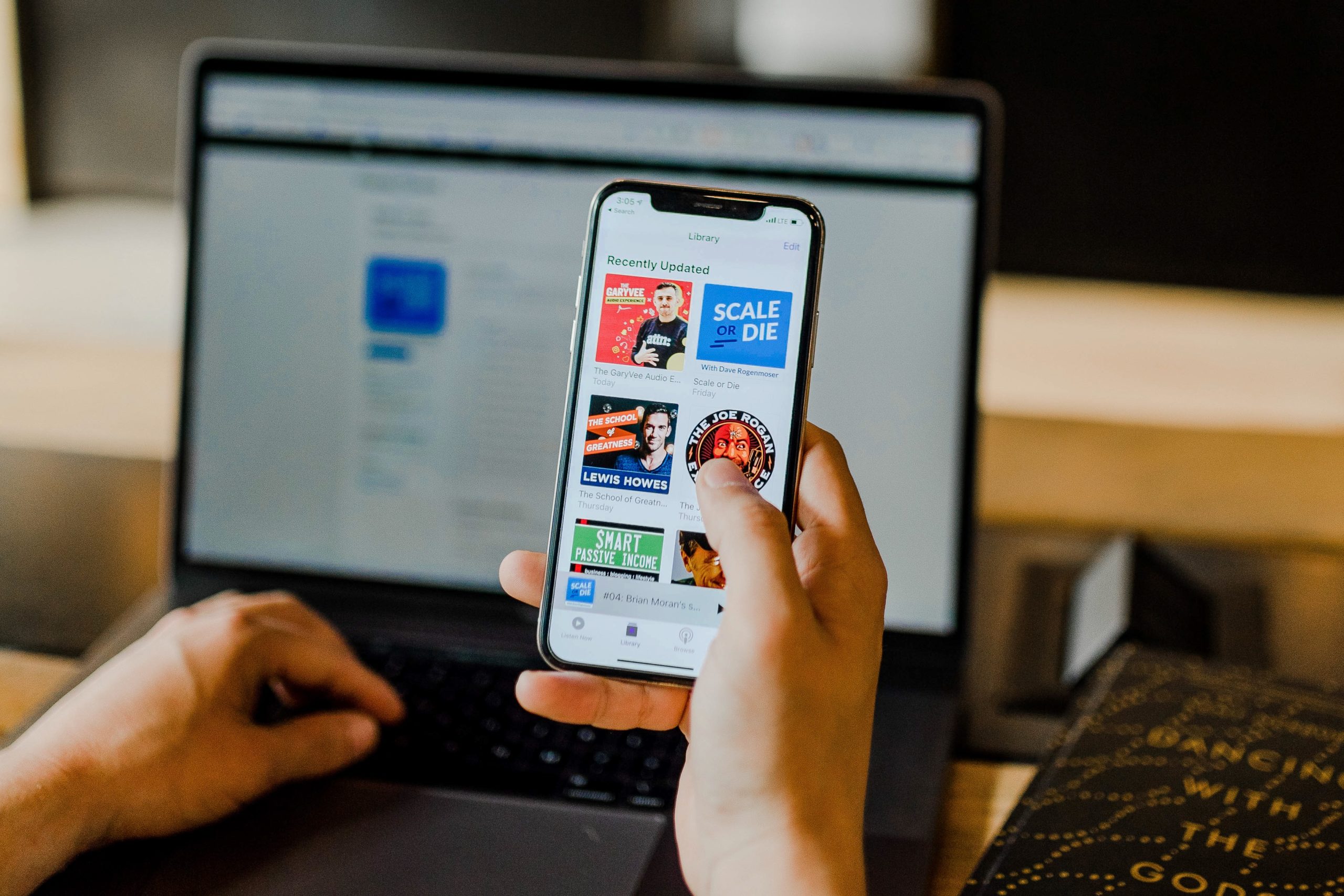 Podcasts allow us to listen in on conversations about topics we love. Whether it’s the unraveling of a crime mystery, interviews with celebrity influencers or simply a check-in with your favorite comedian – podcasts are an outlet into the feel-good web. With their growing popularity they’ve not only become a hot-spot for advertising, but our Spawners as well.

And as a growing crew of podcast enthusiasts, we’ve come up with a list of several we’re all ears for:

My Favorite Murder is the hit true crime comedy podcast hosted by Karen Kilgariff and Georgia Hardstark. Since its inception in early 2016, the show has broken download records and sparked an enthusiastic, interactive “Murderino” fan base who come out in droves for their sold-out worldwide tours. 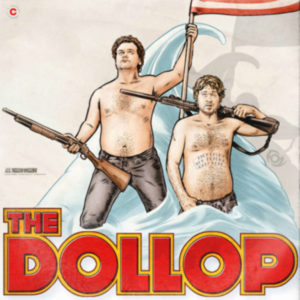 The Dollop is a podcast hosted since April 2014 by American comedians Dave Anthony and Gareth Reynolds. Each episode centers around an event or person from history selected for its humorousness or peculiarity. Typical episodes feature subjects from American history described by Anthony and commented on by Anthony and Reynolds. 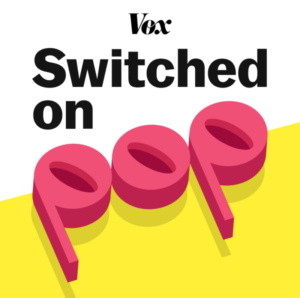 A podcast about the making and meaning of popular music. 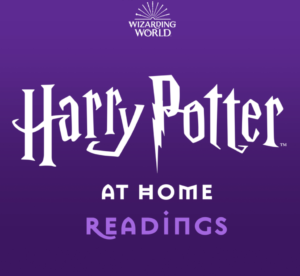 Stars from the Wizarding World and Beyond Bring ‘Harry Potter and the Sorcerer’s/Philosopher’s Stone’ to Spotify. 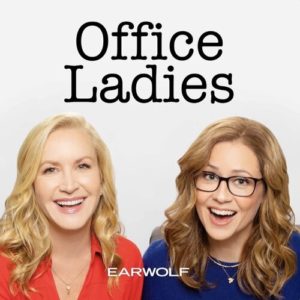 The Office co-stars and best friends, Jenna Fischer and Angela Kinsey, are doing the ultimate The Office re-watch podcast for you. Each week, Jenna and Angela will break down an episode of The Office and give exclusive behind-the-scene stories that only two people who were there, can tell you.

6.) Stuff You Should Know 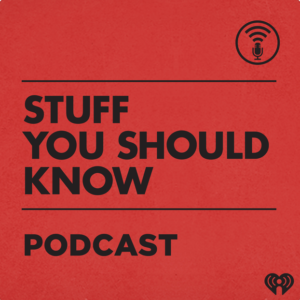 If you’ve ever wanted to know about champagne, satanism, the Stonewall Uprising, chaos theory, LSD, El Nino, true crime and Rosa Parks, then look no further. Josh and Chuck have you covered. 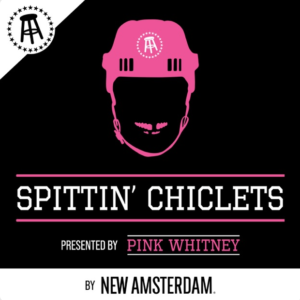 Ryan Whitney, Paul Bissonnette and Rear Admiral team up to bring their outspoken and irreverent opinions to the masses, focusing on the NHL but also touching on pop culture and stories from their days in the show. New episodes air Monday and Thursday on Barstool Sports. 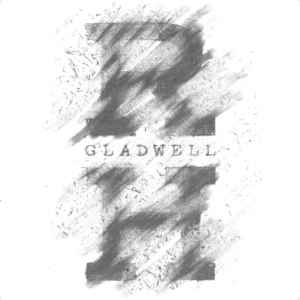 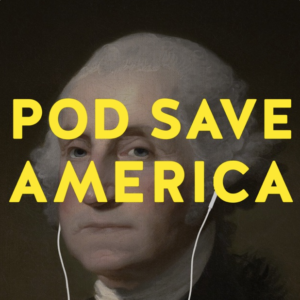 Pod Save America is a no-bs conversation about politics hosted by former Obama aides Jon Favreau, Jon Lovett, Dan Pfeiffer and Tommy Vietor. It cuts through the noise to break down the week’s news, and helps people figure out what matters and how they can help. They’re regularly joined by journalists, activists, politicians, entertainers, and world leaders. New episodes come out on Mondays and Thursdays. 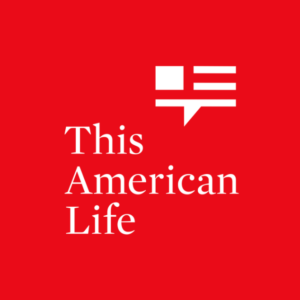 Mostly we do journalism, but an entertaining kind of journalism that’s built around plot. In other words, stories! Our favorite sorts of stories have compelling people at the center of them, funny moments, big feelings, surprising plot twists, and interesting ideas. Like little movies for radio. 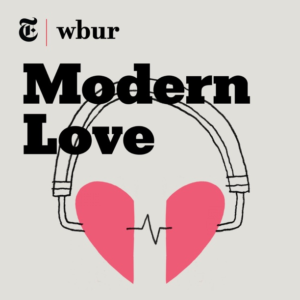 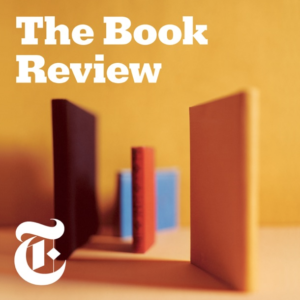 The world’s top authors and critics join host Pamela Paul and editors at The New York Times Book Review to talk about the week’s top books, what we’re reading and what’s going on in the literary world.

Join researcher and #1 New York Times best-selling author Brené Brown as she unpacks and explores the ideas, stories, experiences, books, films, and music that reflect the universal experiences of being human, from the bravest moments to the most brokenhearted. Subscribe now for updates. 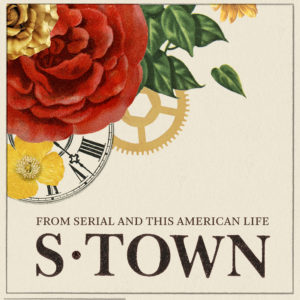 S-Town is a new podcast from Serial and This American Life, hosted by Brian Reed, about a man named John who despises his Alabama town and decides to do something about it. He asks Brian to investigate the son of a wealthy family who’s allegedly been bragging that he got away with murder. But when someone else ends up dead, the search for the truth leads to a nasty feud, a hunt for hidden treasure, and an unearthing of the mysteries of one man’s life. 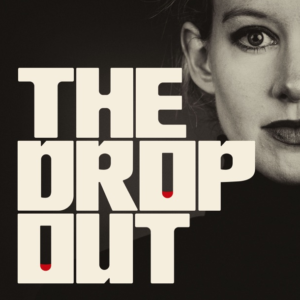 Money. Romance. Tragedy. Deception. The story of Elizabeth Holmes and Theranos is an unbelievable tale of ambition and fame gone terribly wrong. How did the world’s youngest self-made female billionaire lose it all in the blink of an eye? How did the woman once heralded as “the next Steve Jobs” find herself facing criminal charges — to which she pleaded not guilty — and up to 20 years in jail? How did her technology, meant to revolutionize healthcare, potentially put millions of patients at risk? And how did so many smart people get it so wrong along the way? ABC News chief business, technology and economics correspondent Rebecca Jarvis, along with producers Taylor Dunn and Victoria Thompson, take listeners on a journey that includes a three-year-long investigation. You’ll hear exclusive interviews with former employees, investors, and patients, and for the first-time, the never-before-aired deposition testimony of Elizabeth Holmes, and those at the center of this story. 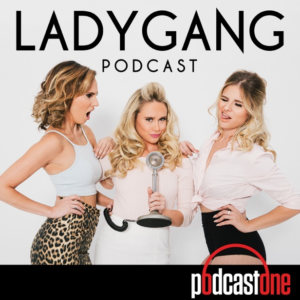 A celebrity driven podcast from the minds and mouths of Keltie Knight, Jac Vanek, and Becca Tobin where no subject is off limits. Inspired by their bottomless mimosa brunches, each week, a celebrity guest joins the girls for a raw, honest, and hilarious look at what life is really like under the bright lights of Hollywood. 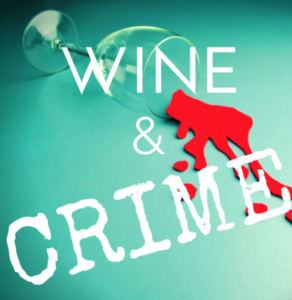 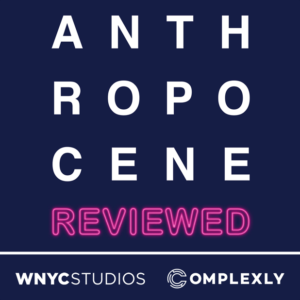 The Anthropocene is the current geological age, in which human activity has profoundly shaped the planet and its biodiversity. On The Anthropocene Reviewed, #1 New York Times bestselling author John Green (The Fault in Our Stars, Turtles All the Way Down) reviews different facets of the human-centered planet on a five-star scale. WNYC Studios is a listener-supported producer of other leading podcasts including On the Media, Snap Judgment, Death, Sex & Money, Nancy and Here’s the Thing with Alec Baldwin.

The Joe Rogan Experience podcast is a long form conversation hosted by comedian Joe Rogan with friends and guests that have included comedians, actors, musicians, MMA fighters, authors, artists, and beyond. 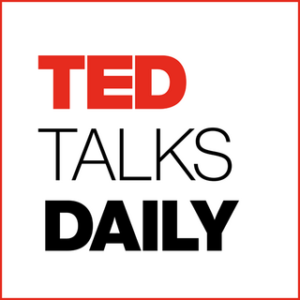 Every weekday, TED Talks Daily brings you the latest talks in audio. Join host and journalist Elise Hu for thought-provoking ideas on every subject imaginable — from Artificial Intelligence to Zoology, and everything in between — given by the world’s leading thinkers and creators. With TED Talks Daily, find some space in your day to change your perspectives, ignite your curiosity, and learn something new. 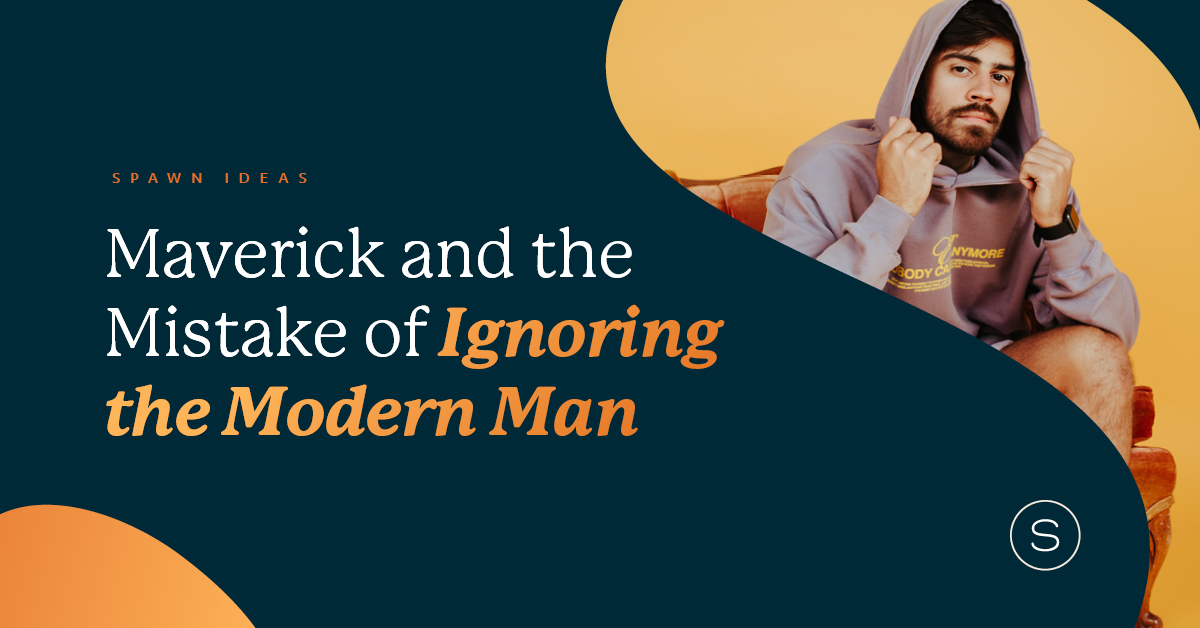 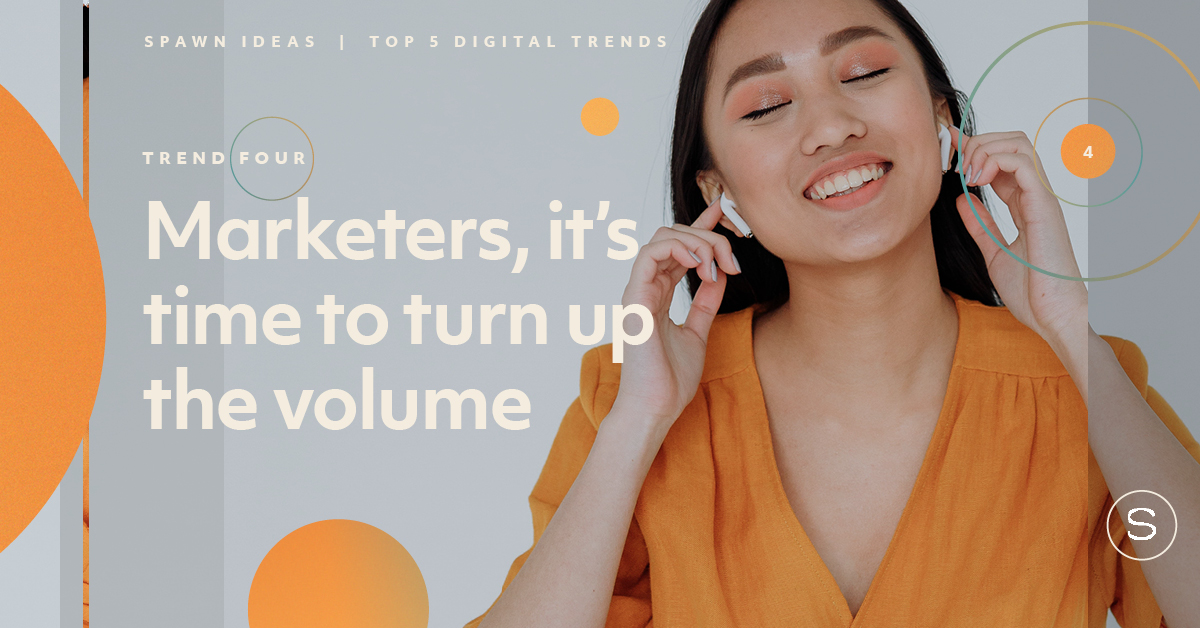 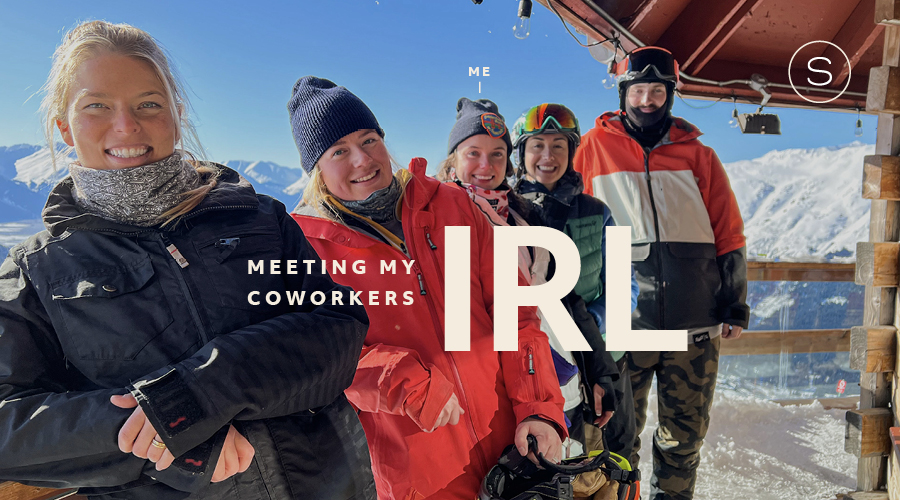