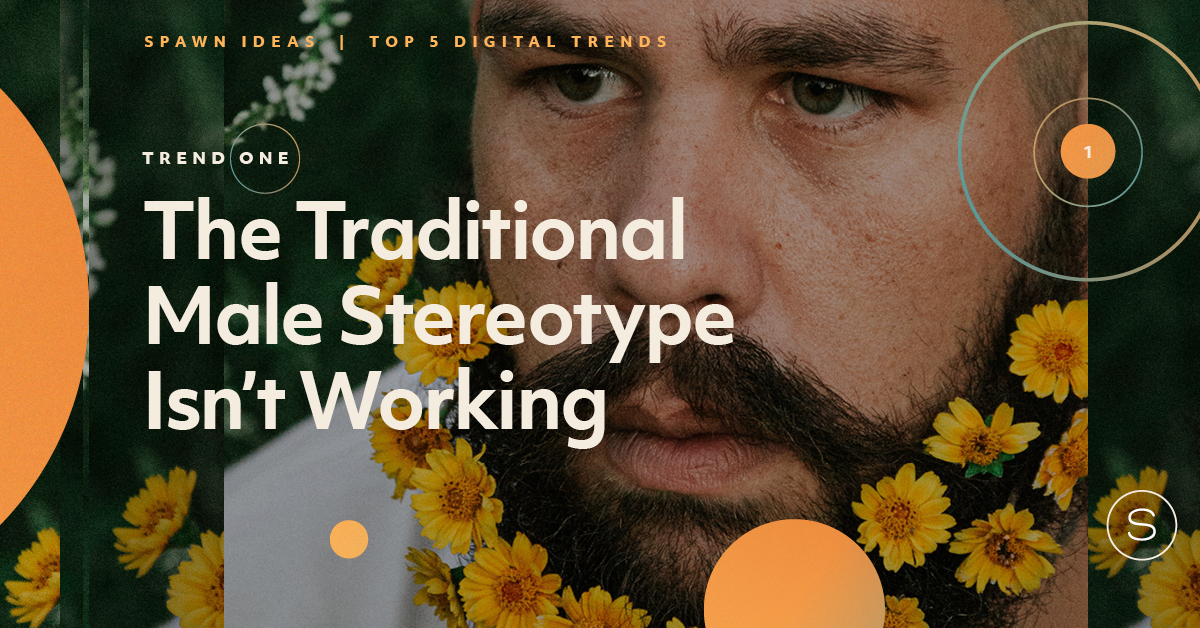 If you’re on TikTok — and with over 1 billion users you probably are — you might have seen this video or something similar as part of the trend of assigning men written by women energy to celebrities, fictional characters, and men’s personalities or actions. The concept of male characters who are respectful, kind and unafraid of femininity is not new. However, thanks to this trend over the summer, the phrase men written by women energy became a way to describe some of our favorite characters from books and the screen. This energy also provides a window into the evolution of how men are depicted in media and should make brands and agencies start thinking (if they haven’t already) about what they should be doing to drive this new paradigm forward.

Advertisers have access to consumers 24/7/365 in this digital age. But just as brands have heightened access, so does the consumer. Information is easily accessible, and brands have to be more transparent than ever. The younger generation, mainly Gen Z, but also some millennials, values authenticity and is more likely to trust brands that show realness, take a stand on social issues and show real consumers in their advertising. A study from 2021 found that Gen Z is more likely to purchase from a company that sources their goods ethically and sustainably.2 Their motivators are different as well; a millennial is likely to purchase apparel because their clothes no longer fit or they have a vacation coming up but Gen Z is motivated by worry that their wardrobe is out of trend. Gen Z-ers are connected, heavily influenced by digital ads and influencers and have a desire to be “on trend.” Marketing Dive conducted a survey amongst millennials and Gen Z in 2020 and found that 82% of respondents are more likely to trust a company that uses images of real customers in its advertising. 72% said they’re more likely to buy from a company that contributes to social causes.13 This younger generation is more likely to purchase from a company that they can see themselves represented in, that doesn’t follow outdated stereotypes and that connects with society and its issues.

Brands must make this crucial shift to more representative advertising because these younger generations have a buying power unlike any generation before. Prior to the pandemic, Gen Z had a reported $143 billion spending capacity and in 2021 their estimated buying power is now at $323 billion.2,9 Parents of Gen Z reported in 2018 that their kids influence about 25-50% of the household buying decisions, mostly in the food, entertainment and apparel purchases.1 This generation will continue to grow and as they enter the workforce, their buying power will only increase. Brands who successfully shift their messaging to speak to this younger consumer and use an authentic representation in their advertising will see positive effects.

In 2015, Dove launched a campaign two weeks before the Super Bowl using the messaging, Real Strength, to show that the strength of a man comes from how much he cares, not his physical strength. In a study by Unilever/Dove, “three quarters of dads say they are responsible for their child’s emotional well-being, while only 20 percent of dads see this role reflected in media.”11 The brand has gone further and created a fund for new fathers who don’t have paternity leave at work to be able to take time off with their newborn. Dove believes a father shouldn’t have to choose between a paycheck and family time. This campaign uses real dads, and they are acting upon their stance by providing a father’s fund and a petition to require paternal leave in the United States. Their approach is working for them as it was reported that Dove Men+Care deodorant is the second leading deodorant brand based on sales worldwide.10

In 2016, AXE launched their Find Your Magic campaign that replaced their previous slogan, the Axe Effect. This campaign showed a diverse range of men exploring what makes them unique and using Axe body spray. This was very different from the previous sexist messaging that showed women uncontrollably throwing themselves at men who wore Axe body spray. In 2021, AXE went back to their original slogan, Axe Effect, but used it differently by following a man as he goes for a walk and receives attention from people, regardless of gender. The attention isn’t sexual in nature but depicts people infatuated with how he smells and his confidence. Axe is working on evolving their brand to appeal to the younger generation and to retire outdated masculine stereotypes.6,13 Axe is owned by the same parent company as Dove but is behind in their brand evolution and suffering due to this. Axe has seen sales decrease the last 10 years and their Facebook likes have decreased by 5% every year since 2016. When Axe changed their slogan in 2016, they were hopping on a trending topic and released an ad without any real moves to affect comprehensive view and experience of men. Their sales and brand awareness suffered. In 2021, even though they reverted back to their old slogan, they are again showing men in a different way. As we move in 2022, will their new approach feel more genuine?

In July 2018, Bonobos clothing brand released a YouTube advertisement called #EvolveTheDefinition. It was a documentary-style ad that had different men read the dictionary definition of masculinity and filmed their genuine reaction to the word. Men disagreed with the definition and challenged the outdated stereotype it portrayed. It was the second most watched advertisement the month it was released, with 400 million impressions. In a two-week span, Bonobos saw a 54% increase in site traffic and a 5x increase in orders. Bonobos reported this campaign resulted in a 2x higher return on ROI than any previous campaign of theirs. In a survey conducted of men who watched the ad, 83% said “they felt more favorable towards the brand after viewing it.”5 This campaign performed well because Bonobos boasts they have a fit for every man and this campaign highlighted many versions of a man who uses their product. It was authentic and real and spoke to consumers. A Google brand study showed that Bonobos saw a 31% increase in brand awareness after this campaign.7 By portraying positive masculinity and allowing real men to share their stories and definitions of masculinity, they spoke to real men and increased their sales.

This energy, at the root of it, is really just showing how men are in real life, which is why it has shown success in advertising. Men like Harry Styles fall into this men written by women energy category, as well as fictional characters Jake Peralta, Charles Boyle and Terry Jeffords from the TV show Brooklyn Nine-Nine and Kristoff from the Disney movie franchise Frozen. 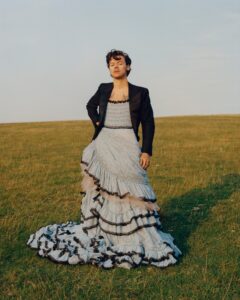 Harry Styles doesn’t shy away from wearing more feminine clothing and believes his form of self-expression is not linked to his sexuality but is just who he is. That you don’t need to be defined as something to be yourself. Some examples are when he rocked a floor length gown on the cover of Vogue in 2020 and when he wore a feathered suit on his recent tour. He’s also been known to wear pearls and nail polish, accessories that are historically associated with femininity. (Photographed by Tyler Mitchell, Vogue, December 2020)

In regard to the characters on Brooklyn Nine-Nine, a TV show with a Rotten Tomatoes score of 95%8 and that was brought back from cancellation by the fervor of its fanbase, Jake, Charles and Terry are strong men who are connected with their emotions, are all self-identified feminists, and have meaningful relationships with each other and the women on the show. Jake is never threatened by Amy’s career, Charles openly embraces his love for cooking, and Terry, the seemingly most stereotypical muscle-bound man of the bunch, isn’t afraid to show his emotions, setting a great example for his two young daughters.

As for Frozen’s Kristoff, he might look like a typical macho guy but he’s incredibly supportive of his love interest Anna and isn’t afraid to voice his feelings. In Frozen 2, he has his own sing-my-feelings ballad when he isn’t sure where their relationship stands after Anna runs off on an adventure without him. This goes against the traditional depiction of a male because “society tells men that it’s best to lock up any feelings—both positive and negative—otherwise it’s a sign of weakness.”6 This flipping of the script is a great example of how to show a more authentic depiction of men.

This type of man resonates with the male audience as well as the female audience. In an online experiment done by The Conversation, they showed participants one of two versions of an ad for a gender-neutral product- mineral water. One ad featured a househusband and the other, a businessman. “The former was not only remembered better, the respondents actually reported that they would be more likely to buy the product after seeing it in this ad. This is likely because homemakers are perceived as more likeable and approachable than the competent but cold businessman. And this fondness of the main character transfers to advertising effectiveness.”14 The Unstereotype Alliance also discovered through their comprehensive look at more than 3,500 advertisements from across the world that, “in particular, ads which show progressive portrayals of men drive brand distinctiveness.”12

Simply showing all the different facets and depths of men, outside of the traditional stereotypes, is a more accurate description and portrayal that brands need to consider. The way men are portrayed in media and marketing plays a significant role in the overall idea of gender equality. There are a lot of clichés and norms that marketers fall into when portraying men. A study conducted in partnership with Dove found that only 7% of men worldwide identify with the masculine man portrayed in the media.11 And this has a direct impact on both men and women.6 Representing a more authentic version of a man not only creates more accurate and less problematic versions of men, but it resonates with women as well. It all comes back to honesty and authenticity.

At Spawn, we strive to ensure our brands are representative of Alaska’s diverse population and showcase people as authentically as possible. In a recent TV ad produced for The Alaska Club, the talent was approached at the gym itself to have real club users in the spot in order to better speak to the target audience. An example of how we at Spawn lean away from using traditional male stereotypes can be seen in this TV ad that was produced for a Father’s Day campaign in 2018 for our telecom client GCI. Fathers are depicted in a myriad of ways with their children, showing how being a dad can’t be pigeonholed into a rigid stereotype.

Advertisers have been shifting their messaging for the last decade. Moving into 2022, we will continue to see this social shift in advertising. More representation. More diversity. More positive masculinity. More real people. This culture change allows brands and advertisers to show men holistically, with not only physical strength, but strength in character. Men written by women energy doesn’t diminish what makes men feel like men; they are still represented as supportive and strong, but their emotional side is now shared to the same extent. Breaking away from stereotypes, especially when showing multi-faceted men beyond the macho man, has given men confidence and is positive for advertising and society. The consumer’s trust in a brand increases and makes individuals see themselves in the media, which directly impacts the success of a brand and their advertisements.

Live Wild: Why The Outdoors Are In 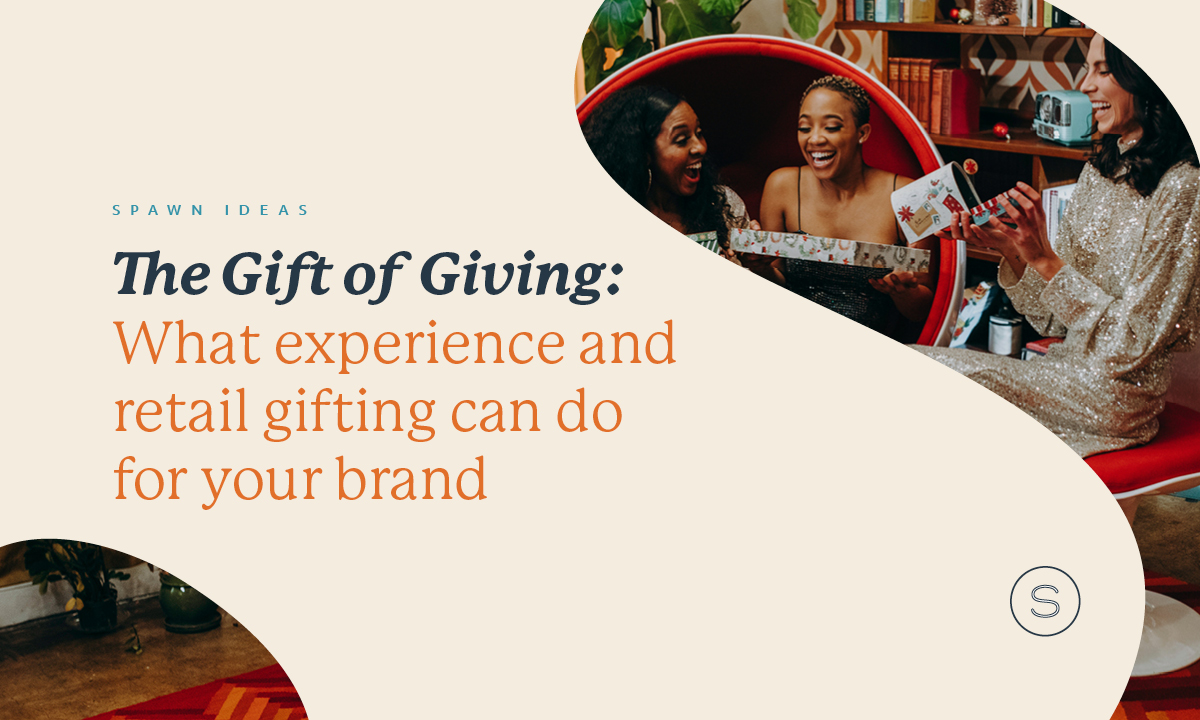 The Gift of Giving: What experience and retail gifting can do for your brand 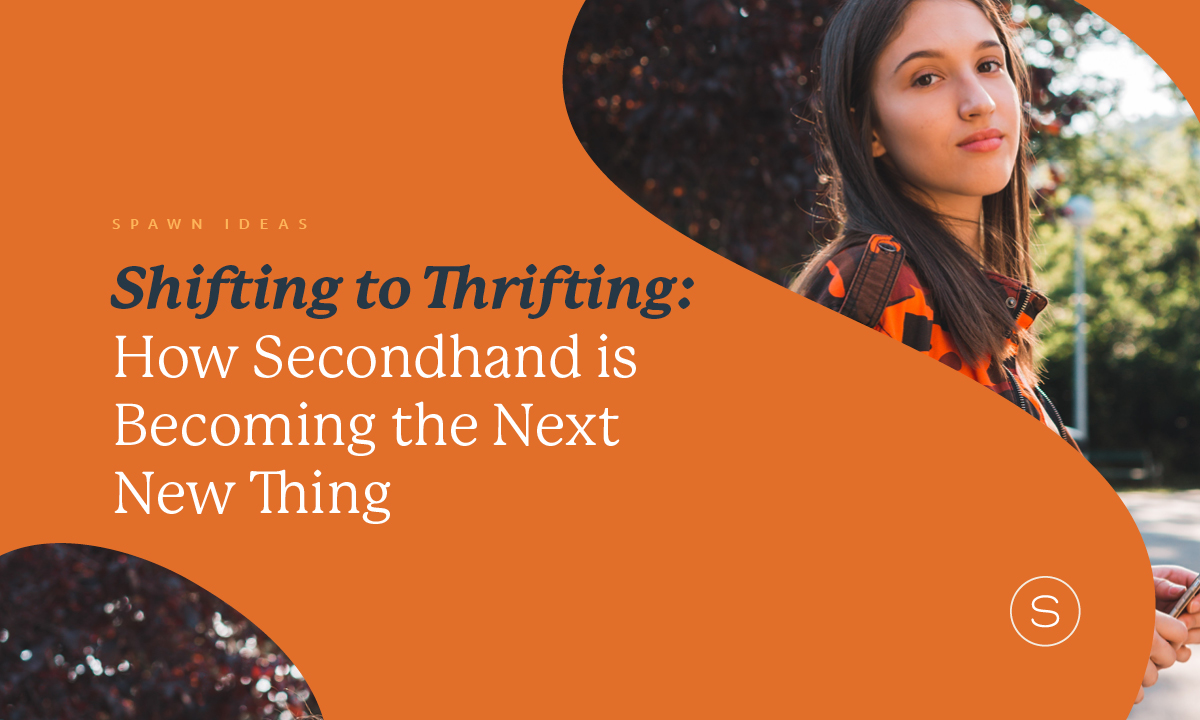 Shifting to Thrifting: How Secondhand is Becoming the Next New Thing for Buyers – and Brands